Skip to content
Homepage / Guides / How to Find Dungeons in Minecraft

The chests are able to contain all sorts of treasure that otherwise cannot obtain in the game, without using an inventory edit or creative mode. Dungeons are the only place where you are able to find moss stone and spider, skeleton spawners and zombie, making them quite valuable, both for decorational and xp farm uses. You have to know that the mob spawners are always in the middle of the room and have a 25% chance to be a spider spawner, a 25% chance to be a skeleton spawner and a 50% chance to be a zombie spawner. 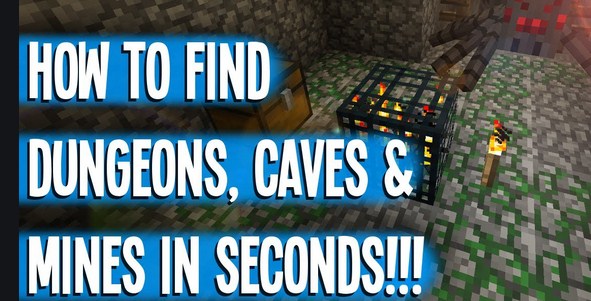 Finding a dungeon is able to be really tricky because they are mostly located underground. However, there are some tricks that you can do to find dungeons in Minecraft. One of trick by is listening. This may seem obvious, but lots of people either ignore (or run away from) monster sounds in the game or simply have sound turned off. However, a large amount of sounds coming from 1 type of mob often indicates there is dungeon nearby.

You have to note that moss stone and cobblestone only appear naturally underground as part of dungeons dungeons. Therefore, you have to keep an eye out for those and take the necessary precautions when you do reach these stones. Besides, Dungeons are generated without a roof. It means that if they are close enough to the surface, gravel and sand are able to fall in. This is easy to detect from the surface, as there is often cobblestone exposed in that pit of sand or gravel. Desert biomes are the good place to look for these pits, but you need to keep in mind that the dungeons close to the surface are quite rare.

Ravines are a good way to start looking for the dungeons in Minecraft. They are going to often expose abandoned mineshafts which are useful in their own way. Abandoned mineshafts are a decent way to find dungeons, though these mineshafts are able to be enormous and getting lost is very easy. So, you have to take caution when you decide to venture into one. Dungeons are nice much always connected to a cavern. Please explore these thoroughly, but ensure that you do not get lost.

Another way involves cheating. We get information that there are some programs that allow you to see through the ground (x-ray) and show you specific blocks like monster spawners or moss stone. However, those programs are often frowned upon on multiplayer servers. Even, some servers have plugins running that will catch you, if you use such a program.