Abandoned Mineshafts are naturally generated structures and they were added in Beta 1.8 with strongholds. Also, they were added in TU5 for the Xbox 360 Edition and 0.9.0 for Pocket Edition. Now, how to be able to find abandoned mineshafts in Minecraft? Is it easy? Here, we will inform you about it.

Abandoned mineshafts are usually able to be found underground. However,  you are also able to find them in the ocean. They are produced before chunk features such as ores. They are the same as other features where they can generate near each other and intersect, producing larger complexes. Also, they are able to intersect with other cave systems. Corridors will produce a floor of wooden planks if they cross over space which is empty. 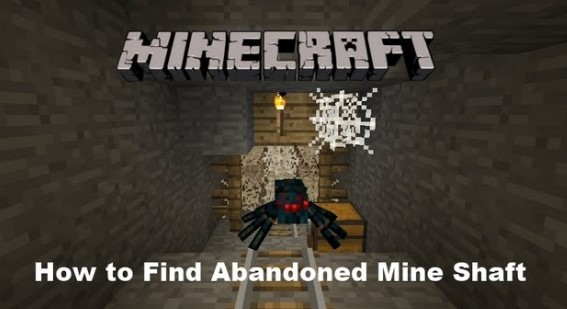 What else? they are able to generate on the surface in mesa biomes. These consist of dark oak planks and fences, rather than oak. Various wooden pieces and cave spider spawners will not generate if above ground and generated railways will be more complete above ground.

According to Minecraft Fandom Wiki, if you explore a mineshaft, it can be dangerous. But, it is beneficial. So, it is important for you to bring these things.

If you want to quickly find an abandoned mineshaft, you are able to use the /locate command. This command allows you to find the coordinates Abandoned Mineshaft. Also, this command can be used by you to find the coordinates of the Ocean Ruin, Buried Treasure, End City, Nether Fortress, Woodland Mansion, Ocean Monument, Jungle Temple, Stronghold, Pyramid, Witch Hut, Village, Igloo or Pillager Outpost.