Do you want to know how to design an RPG System on a Minecraft? If the answer of the question is yes, you need to read some experience of some user on gamedev.net. There is a thread about it started by Camas on July 01, 2014.

Camas shared his experience while working on a custom RPG Minecraft server. For the project, he has been working on his own RPG System, and it has been evolving for months now. The man has been surfing the interwebs looking for an RPG that has something that is based on his system, to no avail. He was assuming this is due to his system being a horrid and confusing mess. Here is the summary of it:

There are three races the player can select from: Elf, Dwarf, and Mage. Every player has different Attributes or Stats, which include Defence, Agility, Magic, and Strength. Aside from that, each player is also able to choose Skills, or abilities, such as Frost Arrow, Heal, Flaming Blade, Lockpick, or the others. Unlike most of the games he has seen, the race does not define what skills are available to you. It simply gives you simple perks such as +10% Strength.

Skills are able to be used depending on your stats. For instance, Ice Tomb: Lvl 3 MAG, Lvl 2 STR, which means Enabling Ice Tomb needs the player to have Magic at level 3 or more, and Strength at Level 2. Skills are able to be crafted, bought from both server and players, dropped by monsters, traded, and given or used in quests. In addition, you are able to easily refund stats to pour into another one. 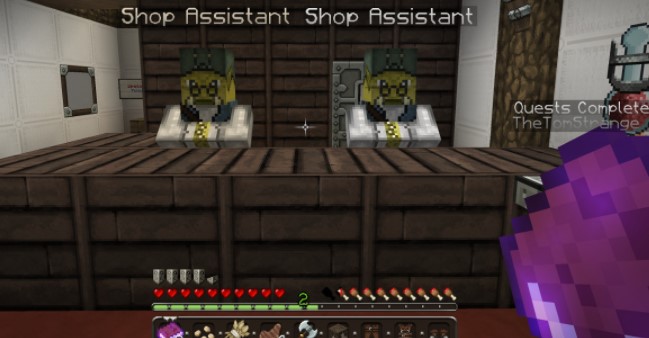 This RGP System is good just because it allows a player to want to be a Tanky Swarf at the beginning, and then switch to a Fire Mage after that. He is also thinking of allowing the player to choose a build, which would make the game pick the skills or stats wanted automagically, instead of the player picking them. For instance, the builds could be thief, Ranger, or Healer. A thing that you will notice is that this RPG system is relatively simple for any beginners to play and you would be right.

A user named Navezof said that the RPG System shared by Camas resembles the Elder scrolls with the exception of the skill system. This one seems cooler. He stated that it would be even better if Camas could craft his own skills. For instance, taking the Throw arrow skill and mixing it with a Poison spell skill to make a Poison arrow. He added that the system of Kingdom of Amalur: Reckoning could easily apply to the game. In the thing known as Kingdom of Amalur, players do not choose a class but they are able to unlock them as they spend their skill point in their skill tree. With 5 points in the Strength skill tree, they unlock the Warrior class, which gives them a big bonus of health and strength.