Skip to content
Homepage / Reviews / How Rare is Ancient Debris

Ancient Debris is an ore in Minecraft. Ore is an uncommon rock type block which is used to get specific resources. Ancient Debris can be found in the Nether and it is the main source of netherite scrap. You may wonder how rare Ancient Debris is. So, here we will answer your question about the rarity of this ore.

Well, Ancient Debris is a rare ore. According to Minecraft Wiki, it is the second rarest ore in the game. It floats on lava in the form of an item and it is not to be burned. Also, it has the similar blast resistance like obsidian but it is movable by pistons. 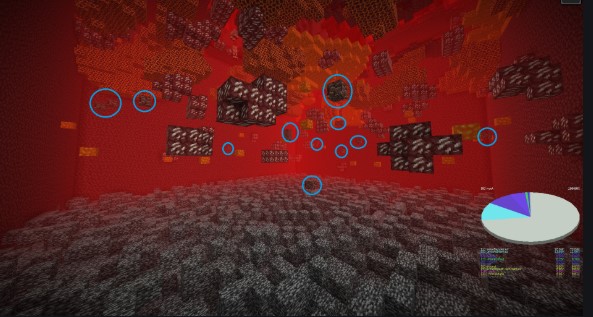 Ancient Debris together with Netherite are two additions to Minecraft with the release of the new latest update. So, these things are new and this material permits you to be able to create the most powerful items and armors. Ancient Debris is extremely rare so that it is difficult to find. But, if you know how to find it, it will help you.

If you want to find it, you need to go to the Nether. You can build a Nether Portal and then go inside the portal where you will go on a mining expedition. Then, you may wonder about the items that you will need to mine. If your purpose is to find Ancient Debris and make Netherite items, you can mine for a while so bring the important supplies. Even you are able to do several enchantments to be able to give yourself a more durable or more efficient pickaxe.

Then, around Y level 13, you will mine to find Ancient Debris. It will spawn in multiple groupings and you are able to find one block, two blocks or even three block variations. Therefore, you need to make sure that you can get down far enough but of course not all the way to the bottom of the world in case you want your best change to find it.

If you want to know more about Ancient Debris, you are able to watch some videos about it on Youtube such as: