Do you know that in Minecraft there is Ancient Debris? It is an ore which is rare and it is able to be found in the Nether. It is a main source of netherite scrap and it can float on lava in item form. Also, it cannot be burned by any other forms of fire. It has high blast resistance. It means that it is not able to be blown up under normal circumstances. 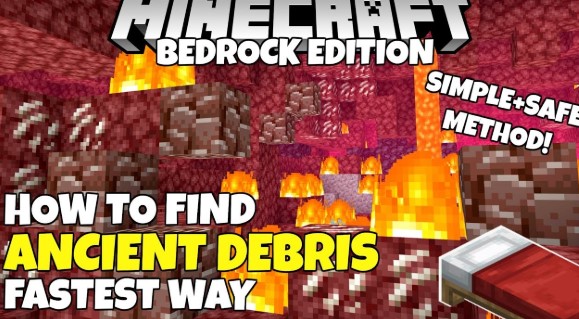 Also, Ancient Debris is able to only spawn completely covered by other blocks or lava which means that you will need to begin a Nether mineshaft. And, you will not run into any while sauntering across the surface of Nether.

The official usage of ancient debris is for smelting to make Netherite scraps which is able to be used to make netherite ingots. But, in case you are a player who is very rich, you are able to use Ancient Debris for decorative purposes such as pillars. If you want to harvest ancient debris, you will need a diamond or netherite pickaxe. If you do not use it, it will drop nothing.