On its own, the game called Minecraft is known as a very simplistic game, with minimalist graphics and not that much to offer from a visual standpoint. However, what makes the game a huge success, alongside the fun gameplay, is the fact that it has a striving community of modders. Although there are a lot of mods, only a few of them manage to successfully stand out from the crowd, with the GLSL Shaders Mod bring on top of the list.

The GLSL Shaders Mod is the name of the mod that is a very realistic modification to Minecraft. This one provides a smoother lighting effect, as well as more realistic shadows that reflect shapes. Aside from that, you are able to easily take full advantage of numerous other effects without any hassle. 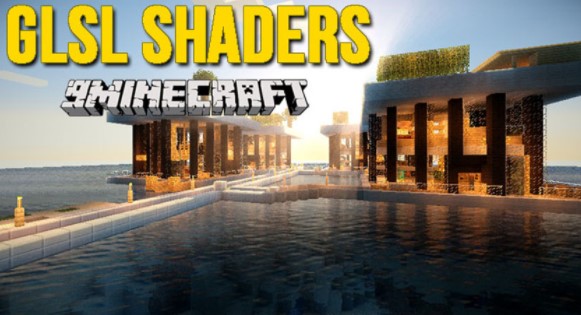 Since it on its own is mostly about the graphics and how the game looks, you can be sure that installing and running it can be quite demanding on your system. That is the reason why you need to try and get a good rig for it. however, the results are well worth it, because it clearly transforms your game world into a whole new, more immersive and appealing experience unlike anything you have ever seen before. With the help of this shaders mod, you have the unique opportunity to enter a stunning, appealing and just plain pretty Minecraft game.

Here are some things to take note:

If you want to install the GLSL Shaders Mod 1.7.10, the first thing that you have to do is to grab the Minecraft Forge mod and then get the Optifine mod as well. Then, download the GLSL Shaders Mod 1.7.10 version that suits your Minecraft installation version. In this case, you need to get the 1.7.10 one. Please get the appropriate archive and then proceed to the next step. Once it is downloaded, you have to enter the %appdata%/roaming/.minecraft/bin path then initiate the Minecraft.jar file. After that, grab all the files that you have in the Shadermod folder and then implement them into your Minecraft.jar file. The last thing that you have to do is to wait until the process is completed and start Minecraft to play with the mod installed.