Do you need a modpack for Minecraft 1.12.2? But, you may not know what kind of modpack that you are able to use in Minecraft. Well, you are able to download, install and use FoolCraft 3 Modpack. What is it? Have you heard about this modpack?

FoolCraft 3 modpack is actually for Minecraft and it is a follow up to the original FoolCraft. It is able to be used for Minecraft 1.12.2 and it has an aim to have fun as much as possible while maintaining a progressive Minecraft experience. With this FoolCraft 3 modpacks 1.12.2, mods like Vein-miner, Inventory Pets and Chance Cubes will make your playthrough lightweight and fun. This modpack also offers depth by having heavy tech mods such as Ender IO and Thermal Expansion and also magical mods such as Botania. If you want to run this modpack smoothly, you need to have a minimum of 6 GB and maximum 8 GB of ram allocated. 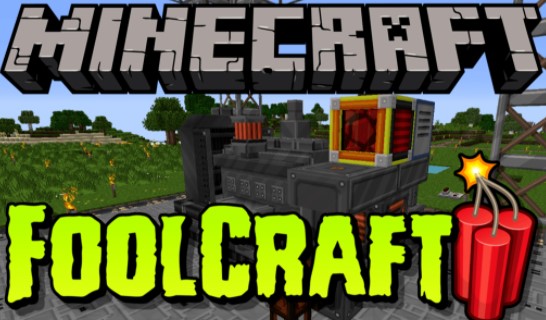 According to FTB Gamepedia Wiki, the mods included in this modpack are listed below.

It is important for you to know that this is the pack which is used by the official FoolCraft server which is found on Youtube abnd Twitch. Well talk about Twitch app, you may be looking for a modpack on Twitch app. Or, you may just released a modpack and want to make sure that it is showing up in the app. If so, you are able to navigate to the Minecraft tab in the Twitch app and there you have to click on Browse All Modpacks. After that, it will lead you to a page that by default is sorted by Featured modpacks. In the top left, there is a search bar and you are able to begin to type the name of the modpack that you are looking for. If you have found it, just click on Install.

If the download and installation is done, then it will appear as a new profile under your Minecraft tab. From there, you are able to click on the Play button and have fun with it.