Fire charge is the name of the item that was added to the game called Minecraft in update 1.2.1 alongside jungle biomes, iron golems, and redstone lamps. When right clicked, the chosen block will burn, even if it is not flammable, it is like flint and steel in a way. It also may be shot from a dispenser, in which case it acts like a blaze fireball, flying in the straight line with random aim and placing fire to any block or entity it hits.

Compared to flint and steel, fire charges are renewable, but they need the player to gather its most important ingredient called the blaze powder, which can only be obtained by killing blazes. Aside from that, gunpowder is also needed to make this item. In addition, the coal or charcoal is also required to craft a fire charge. 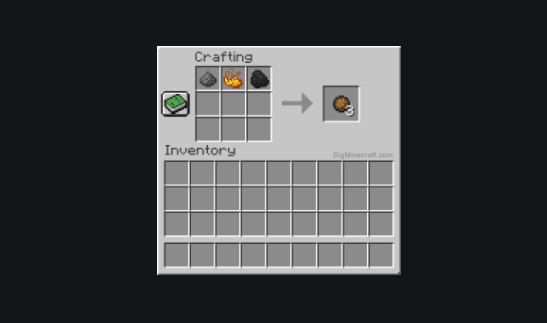 Coal or charcoal is known as the common item in Minecraft obtained from mining coal ore and killing wither skeletons. It is important for survival: it can be used for crafting torches and should you become trapped in Nether by a ghast, is for crafting fire charges. It is fairly common.

The gunpowder which is also known as Sulphur, is brewing and crafting ingredient item in Minecraft. It is able to be obtained from creepers and ghasts when they die. Aside from that, it is also able to be found in dungeon chests. When you craft it with 4 sand, it can make TNT. In brewing, this one makes splash potions, which can be used as weapons or as buffs for the other creatures.

The blaze powder is the name of the item that was added in Minecraft Update 1.0.0. it is the only one not to use a recolored texture of redstone, sugar, gunpowder, or glowstone dust.