Dungeons are naturally generated structures found underground in the Overworld. They are quite useful because they are a source of mossy cobblestone (moss stone), mob spawners, and chest loot. Besides, dungeons are able to be easily converted into mob grinders for a source of experience, string, bones, and more.

Dungeons in Minecraft is able to be found randomly almost anywhere undeground including near the surface. We have some tips and tricks to help you find Dungeons more quickly. 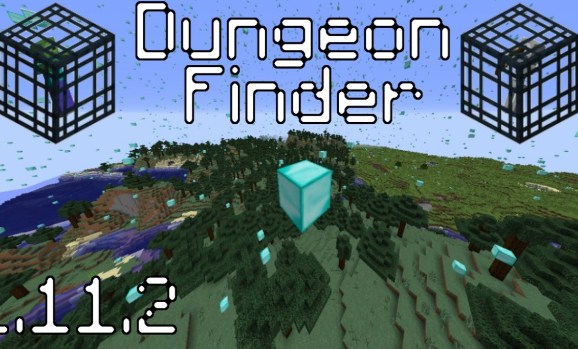 As dungeons contain mob spawners, there will be a large amount of mobs inside making noise. We have found many of dungeons simply by running around our world during the day and digging down when we come across loud mob noises. The same also applies for when you are mining. If you hear the loud noises, so you have to dig towards those noises because it may be a dungeon. You have to note that dungeons are able also to be found inside the cliffs and mountains. Apparently, there are three types of dungeons you must listen for: skeleton, spider and zombie. For this case, you are able to turn off mob spawners temporarily by adding several torches.

Dungeons will be able to spawn close to the surface of sandy biomes such as deserts and beaches. If you are in one of those biomes and you notice the sand is caved in, so it is possible one generated and the sand fell inside. You have to ensure you explore around any caved-in areas and you may will find a dungeon.

Still no luck finding a dungeon in Minecraft? If you are starting a new world, so you are able to choose a seed which has a dungeon close to the spawn point or in a known location.

Based on the research, there are many mods that you are able to install to your Minecraft client to help you locate dungeons. As we said before that some players may think this is a cheating, but it is another way to find dungeons if you are desperate. These mods include:

Mods that show nearby mobs on a minimap are helpful for finding dungeons.