Which is the best version of Minecraft? Apparently, that is not an easy question to answer. For the majority of players the answer is whichever version you are used to. But what about the new players who looking for the difference of them? Well, in this article, we are going to explain about the difference between Minecraft Windows 10 Edition Beta and Java Edition.

Java Minecraft has a fantastic community that inhabiting thousands of servers. Most of these servers are hosted locally or from third-party services. But, there are realms run by Mojang. There are ton of plugins and mods that available for the servers. You are able to join a hundred servers. While Minecraft Windows 10 Edition Beta cannot be played with people using Java Minecraft. However, that is ok sign into your Xbox Live account and play against up to ten friends in a realm that basically only a secure server hosted by Mojang. Also, there is the option to make a server and have up to 5 players join over LAN. 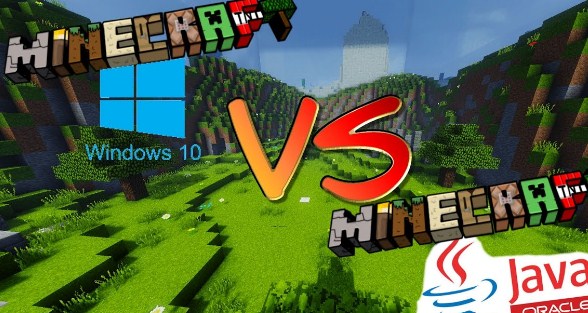 Modding is a large part of Java Minecraft. This is really what extends the game’s life far beyond most other games. Mods range from prettying up the graphics to adding more tools to creating the new game modes. Mods allow the users to inject their creativity into the game further than just placing blocks. The best part is that they are able to share it for others to enjoy.

Unfortunately, Minecraft Windows 10 Edition does not have any mod support. But, there are some texture packs that can change the look of your game. Also, there are some skin packs that can change the look of NPCs and your character. Those packs do cost money, anywhere from about $2 to $3.50 for a full unlock, whereas the majority of Java Minecraft mods are available for free.

On Minecraft Windows 10 Edition, anyone can team up with the players from other devices, including Android, iOS, Xbox, and Nintendo Switch. When playing with others you will  need to sign up for a free Xbox LIVE account. This feature is not an option for Java Edition, there has a pretty clear winner.

Minecraft Java Edition does not have much in the way of parental controls. Essentially, you are able to boil it down to: turn chat off, and only join servers the parent has checked out first. Windows 10 Edition requires an Xbox LIVE account to play online. It comes with all the benefits that associated including the ability to customize privacy settings, report dickbag players, change who your kid can interact, and so on. You will be able to change your child’s settings via the Xbox site.

Java Edition costs a set price of £17.95 in the United Kingdom. While Windows 10 Edition sets you £22.49 on the Windows Store. There is a slight catch. Minecraft Java Edition is able to be played fully, complete with textures, mods, and everything else that you associate with Minecraft without you pay a penny. While you are able to download variants of all for free in Windows 10, that version also includes optional in-game purchases.