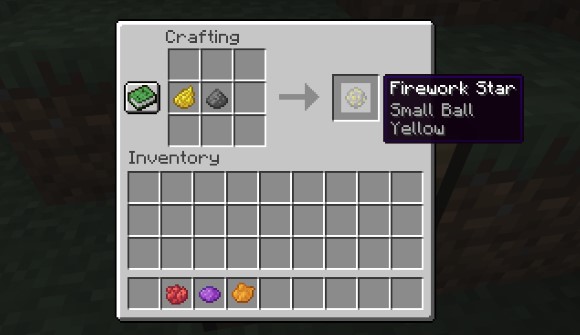 For your information, each firework star is able only to contain one of the effects below.

If you have made a firework star, then you are able to add a second colour for it to fade to after bursting.

Below, we provide you the steps to make a firework. You are able to follow the steps below carefully and you can adjust it based on what kind of firework that you want to make.

If you want to see how fireworks in Minecraft is before you try to make it, you are able to watch some videos below.