Minecraft Java Edition 1.16 adds a lot of new things to do, one of which is the power to craft Soul items. They resemble their traditional counterparts, but with slightly altered features, such as their distinctive blue flame. Apart from the Soul Campfire and the Soul Torch, the Soul Lantern, which is also known as Blue Lantern, is one such item. In this guide, we will walk you through the recipe of Blue Lantern, where to find the materials to make it and how to make it.

Before making a Blue Lantern, it is important to know what a Blue Lantern does. At the first glance, the only apparent difference is that it burns blue. However, this one does feature several key differences in terms of its attributes when compared to the regular one. 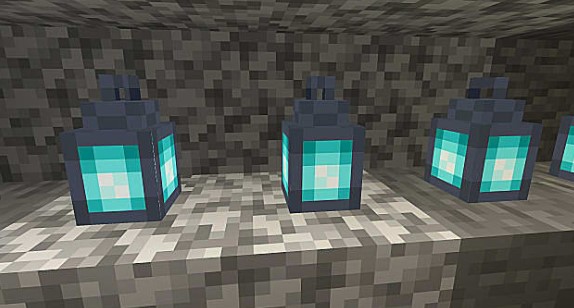 Aside from its blue flame, the other known difference is that the traditional ones burn a lot brighter than Blue Lanterns. In fact, Blue Lanterns burn at a light level of 10, while the basic one burns at 15. Just like the other Soul items of Minecraft, the Blue Lantern is designed to keep Piglins away. For those who are not familiar with Piglins, they are neutral enemies that are able to be bribed to stay away if they become hostile, but using a Blue Lantern is a much more effective way.

In addition, Blue Lanterns also do not melt ice or snow, so please keep that in mind when making big, frozen structures.

By entering the portal, which is also more known as Nether portal, you will end up in the Nether, where you have to get your hands on a Soul Torch, You will need to craft one by using the following materials:

The one you need to look for is called Soul Sand, which is able to be found below Y=65 in Nether Wastes, below four block deep layers. Apparently, Soul Sand is only located in the Nether. In case you are having issues while locating Soul Sand, you might want to look for it in Nether Wart Rooms inside Fortresses, where it will spawn naturally.

Once you finally get the Soul Torch, you are able to combine the items needed to make a Blue Lantern. The materials needed are: