Do you use GTX 1050 Ti for playing Minecraft? If you use it, then you may want to know about the best Minecraft shaders that can work for GTX 1050 Ti. Here, we will inform you about it. But first, let’s find out some information about GTX 1050 Ti.

The GeForce GTX 1050 Ti was launched in October 2016 and it is a mid-range graphics card by NVIDIA. It is built on the 14 nm process and based on the GP107 graphics processor in its GP107-400-A1 variant. The card can support DirectX 12. It makes sure that all modern games will be able to run on the GeForce GTX 1050 Ti. The GP107 graphics processor is an average sized chip and it has a die area of 132 mm² and 3,300 million transistors. The features include 768 shading units, 48 texture mapping units, and 32 ROPs. NVIDIA has paired 4GB GDDR5 memory with the GeForce GTX 1050 Ti, which is linked by using a 128-bit memory interface. The GPU is operating at a frequency of 1291 MHz, which is able to be boosted up to 1392 MHz and memory is running at 1752 MHz. 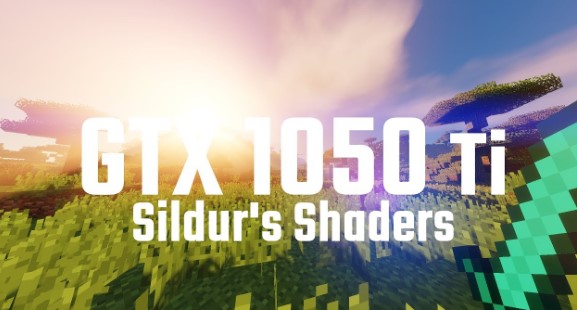 The NVIDIA GeForce GTX 1050 Ti is a dual-slot card but it does not require any additional power connectors. Its power draw is rated at 75 W maximum and the price of this GPU at launch was 139 US Dollars.

Now, what are the best Minecraft shaders for this GTX 1050 Ti? One of the best shaders that you can use for Minecraft for this GPU is Sildurs Vibrant Shader. It is a vey colourful and bright shader which is popular due to its light effect. The effects of the graphic have much warmer colors and they are reminiscent of a summer day. This shader is available in three different types including Sildurs Vibrant Lite 1.16, Sildrus Vibrant Medium 1.16 and Sildrus Vibrant Ultra 1.16.

This shader also has a lot of other features to make the game much more realistic. You are able to see leaves and grass which move in the wind and there are motion blur and lens flare effects. The shadows also can run very smoothly and are not too dark. How about the water? It has been fundamentally changed and now has very realistic waves, which are reflected in the sunlight to make a wonderful game world. However, of course, the effects vary depending on which version of the Sildurs Vibrant Shader you are using.

This shader also impresses with its effects in the nether. With this shader, the nether is not too dark and it can reflect in the light of lava and glowstone.