Modpacks is short for mod packages or modification packages. These are packages of mods. Now, there are more than 15k modpacks exist for Minecraft and those are all with various themes. Now, you may want to know the modpack list that you can use in Aternos. What are they?

If you want to know the best modpacks to play in 2020, here they are. 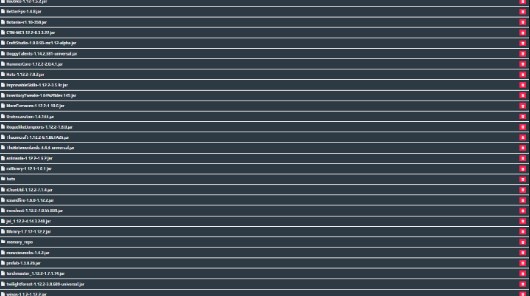 It is important for you to know that each modpack runs on different versions of Minecraft. Why? It is because every mod can support only certain versions of the game. The version that the pack runs on will partly determine the mods which are included.

In the Mospacks menu, there are some options including ATL, Curse, FTB, Technic, VoidsWrath, and Others. If you want to install Technic modpack, you have to click on Technic. In the Technic menu, there are a lot of options again such as Crafting Dead, Massive Dig, Tekkit, Realm of Mianite, Lay of the Land, Attack of the B-Team and many more. There, you are able to choose one of the modpacks that you want.

After choosing one of the modpacks, now you have to click on Reinstall to be able to install the modpack. The Reinstall button is available on the top right side of the screen. Click on Yes if there is a small message appearing.