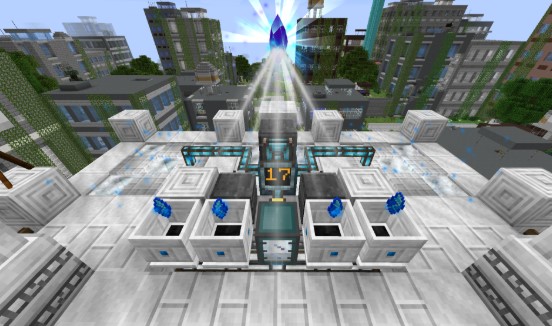 Besides, it can only hold two Buckets’ worth of the Liquid Starlight. Then, in order to occur for the generation, the one should place an Aquamarine or Rock Crystal above it. Then, after placing it, the crystal or gem cannot be used elsewhere. Moreover, it will shatter after a while, Rock Crystals last longer than Aquamarines.

Then, how to craft the Lightwell?

To craft the Lightwell, of course, you have to craft it in the Luminous Crafting table and require a few Rock Crystals. Now, when you hover over Rock Crystal and hold sneak, you automatically can see some properties of the Rock Crystal such as Purity, Size and Cutting.

If you want to craft the Lightwell, make sure that you pick the crystal with the lowest Purity. It is because you will need the higher Purity crystal later.

In this case, the Purity of the crystal that you use will have no effect on the Lightwell but it does for some other crafted blocks.

The valid items that you will need to start the lowest to highest starlight and highest to lowest shatter chance, they are:

The Recipe of Crafting the Lightwell

The material to craft Lightwell:

The ways to craft Lightwell

To craft the Lightwell, ensure that you put the material with the right pattern.

However, this is the best way to know how the Lightwell works automatically. Please, keep in mind that the Light Wells can only hold up to two buckets of the Liquid Starlight. So, you will need a liquid container nearby to put the Liquid Starlight into during generation.